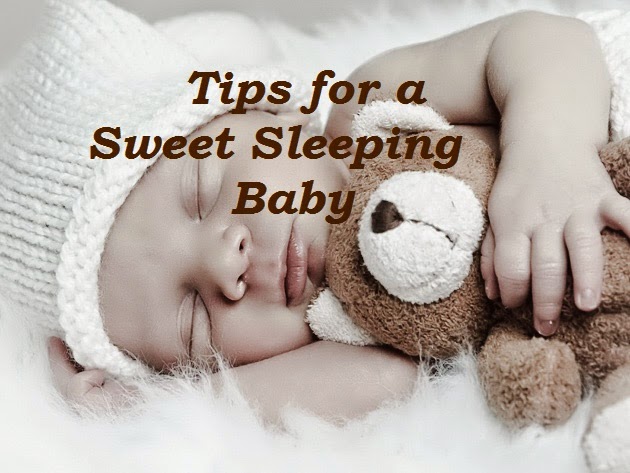 I'm sure many of you have struggled with getting your baby to sleep, I know we definitely have.

But we have learned a few things along the way that definitely helped us. I wanted to pass them on to you, in hopes that they will help!

First, when Baby P. came home from the hospital we were in a pretty good rhythm from the get-go. In the hospital we made sure to lower the lights around "bed-time" and have everything sound-wise low. So we initially set-up the difference between day and night.

When we got home though we started the struggle of how to get baby to sleep soundly so we Mr. Picturesque and I could sleep.

The doctors pushed that baby needed to sleep on her back, by herself... however, whenever I tried moving her after nursing she would wake back up and wail. But if I kept her in the bed with me, co-sleeping, she would actually sleep for 5 to 6 hours at a time. We decided after much research, that co-sleeping was actually very safe. That the SIDS risk is less because mothers typically are hyper-aware of their babies when in close proximity to them.

After about 2 months though, she was getting too big to sleep in our Queen bed with us. So now began the search for somewhere else to put baby nearby. We had tried a bassinet and her swing, but she always would wake up right away after she had fallen asleep nursing!

Mr. Picturesque asked around work, and he got advice to use something called the Rock n' Play sleeper (see pic below). 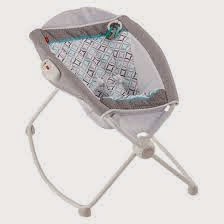 I have to say this worked like a charm! I would nurse Baby P. to sleep, and then place her in the Rock n' Play, and she would sleep for at least 6 to 7 hours on her own.

Eventually, at about 4 months old, Baby P. outgrew her Rock n' Play, so we had to start talking about moving her to her crib. We hoped and prayed that her learning to sleep on her back, on her own in the Rock n' Play would be a great transition to her crib... and it was! At 4 months, she moved to her crib and slept with ease from 9:30 pm at night to 5 am, and then eventually she would sleep till 7:00 am!

Recently, however, at almost 7 months we ran into a snag... For some reason when the cold weather hit, Baby P. suddenly stopped sleeping throughout the night. We kept praying to find out what the change was. So we tried everything: diapers that were said to keep baby drier (we used Huggies sensitive brand, and Babyganics... as Baby P. has sensitive skin); warmer PJs; a water based heater in her room. But nothing seemed to work! She also struggled to take her naps in her bed... which she had been doing successfully for months.

One day, while trying unsuccessfully to get her down for her nap, I decided to take everyone for a walk (our dog, and Baby P.). We went for a walk, and just an hour or so later, Baby P. was down for a nap in her crib. That night, she slept till 7 am in her bed again. I have been taking walks with her daily for the last week, and she has been sleeping all night, all week! The trick, I believe, is the fresh air.

Out of curiosity I did some research on it. There actually has been a lot of research on this. Fresh air has been proven to improve infant sleep!
Here are some articles to get you going:
Article 1 - from a British newspaper
Article 2 - from another blogger

What are your thoughts? What worked for you to help your baby sleep for naps and at night?
Posted by Unknown at 3:01 PM