My Journey with Invisalign - Week 2 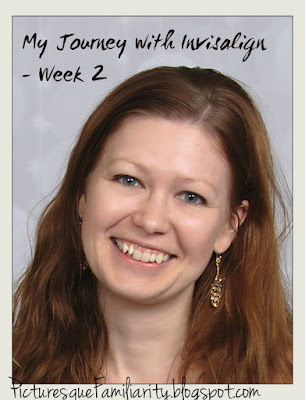 Second Tray (Week 2):
I started my second tray last night. It definitely was tighter, but that's because it's moving my teeth in another direction. I think my teeth had quickly gotten used to the other tray. The first tray stopped hurting probably the second night. This tray really stopped hurting this morning.
Friends had told me to change out my trays before bed, so that most of the adjustment happens while I'm sleeping. I am so glad I did this... even though it really doesn't hurt that bad. I did wake up with a headache this morning though. But Ibuprofen and coffee pretty much kicked that this morning.
Weirdly, I was excited to change trays... and I don't mind the light pain of my teeth hurting. Do you know why? Because I'm so happy that my teeth are getting straightened. I already notice I have less of an overbite and I'm only on week two!! 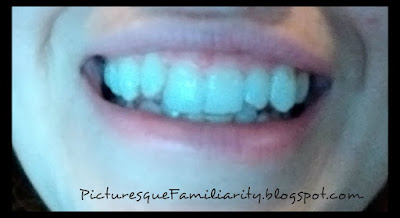 This is a picture of my teeth, second week, with the tray in.

Some things I learned last week:

Please know I am no way sponsoring Invisalign or any products on my blog *unless specified.* I just like to share my personal experiences in hopes of helping others.
Posted by Unknown at 12:50 PM